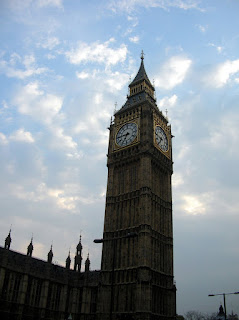 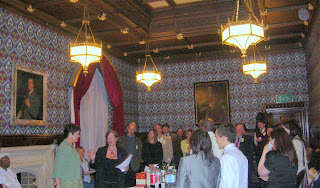 On Thursday I was invited to attend a reception organised by West Ham Labour MP, Lyn Brown which was sponsored by UNISON “Labour Link”. The event was held in the Jubilee Room, off Westminster Hall, Houses of Parliament. UNISON members who live in West Ham Constituency and who pay the Labour Party levy were invited. Lyn wished to thank trade unionists for their work in providing public services. Also, she wanted to talk to members (and her constituents) about important issues such as the campaign for a living wage and making the 2012 Olympics a success.

It was a great success. About 60 members and their guests turned up. It was informal. There was a light buffet, a short speech by Lyn (seen above next to Sarah McCarthy-Fry MP Portsmouth North) and members went on tours of Westminster Palace. I enjoyed chatting and talking to ordinary UNISON members and their guests. The vast majority had never visited the Houses of Parliament and were really pleased to be invited to attend by their union and their MP. The first people to arrive came at 6.45pm and 2 of them signed up to join the Labour Party!

I think that the UNISON members who attended where really chuffed and even those who could not make it appreciated the invite. I think this is the sort of thing that all Labour MP’s/candidates should be organising before the next election.
Posted by John Gray at Saturday, April 28, 2007