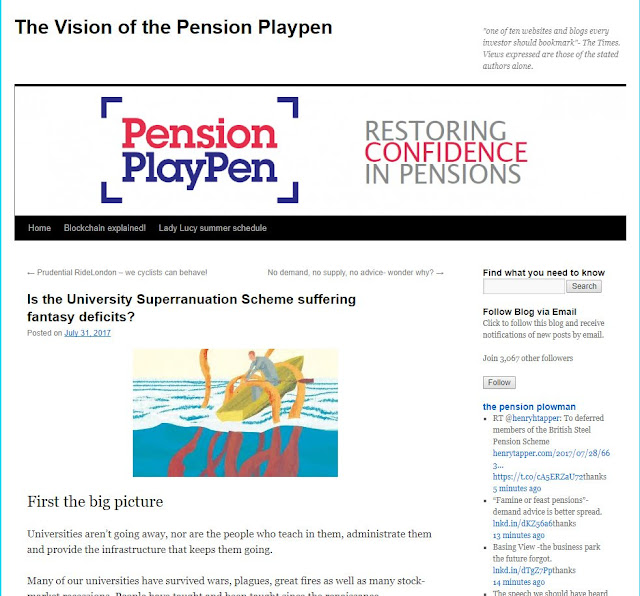 A great article by Henry Tapper in his blog "Pension Playpen" about the nonsense being spread about the "fantasy deficits" of by the huge UK pension fund, University Superannuation Scheme (USS).

The USS has produced investment returns of 21% increasing its assets to £60 billion in the last year yet due to the broken accounting yardstick that many pensions schemes use to value their liabilities, its supposed deficit has increased by 33% to £71 million.

What a load of old nonsense. As Henry points out why has the deficit increased by such an amount? Have university staff suddenly increased their lifespan by a third?

No, of course they have not and shame on the Daily Mail headline hunters, who claim that lecturers will have to be sacked or  student fees increased to pay for these "fantasy deficits".

Check the comments page of his post for a useful contribution by former pensions minister, Roz Altmann on why gilt driven liability investment is bonkers (my interpretation)
Posted by John Gray at Tuesday, August 01, 2017