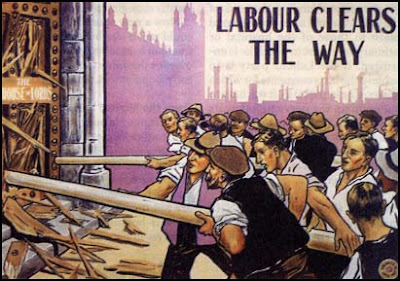 I'll post on this further - Hi to Oli, Lutfa and Rania - now that the "ego" and the toy town revolutionaries have rejoined their forgotten brigades, Welcome to the Labour Party!

Councillor OLI RAHMAN, the first councillor to be elected under George Galloway’s ‘Respect’ banner in 2004, Councillor LUTFA BEGUM and Councillor RANIA KHAN will all join the group which runs Tower Hamlets.

“I know in my heart that the Respect Party has no future and that the best way I can help achieve lasting improvements for my community is to work as part of the mainstream Labour Party.

“The real choice at the next General Election will be right-wing Conservative representation which would be the worst possible result, or a Labour MP like Jim Fitzpatrick who will continue to stand up and deliver what is needed by the local community.

“It is time to put our differences aside and work together and that’s what I will do.”

“Respect is totally split and incapable of delivering anything positive for the people of Tower Hamlets. I stood for council to help make things better for my local community - particularly to improve health care and to fight for a better deal for women.

“I know that our Prime Minister, Gordon Brown, is working hard to deliver on the issues that concern people in Tower Hamlets. It is clear today that the only party doing that can change things for the better for ordinary people is Gordon Brown’s Labour Party.

“I have been encouraged by the vast majority of local residents in my community to join the Labour Party.”

“I became involved to help make a real difference. The best way to achieve that change is by being part of the Labour Party which is rebuilding in Tower Hamlets and going from strength-to-strength.

“I welcome this boost which reflects hard by Labour’s team both locally at Tower Hamlets Council and nationally at Westminster to be on the side of ordinary people delivering real improvements to their lives.”
Posted by John Gray at Wednesday, July 02, 2008

Hang on you have previously condemned me and other on the labour left for not treating people like these councillors as the enemy but instead believing them mistaken in who they fight the class struggle. Now you accept them with open arms presumably as previously mistaken. This seems somewhat hypocritical.

I have say though I don’t generally like it when people who cross the floor because they have better career prospects in another party whether from the left or the right, its usually the right mind!. They should stand down and seek election as Labour Party members and I think they would win if they did.

I do hope they have been invited to join the LRC by someone.

So where is George this week?
Well, with his ne paymasters.

Praising the truthfullness of PressTV

[Galloway in English with Farsi voiceover] This has been a big step for me. This is because the news broadcast by this network is different from the news broadcast by most of news networks in the world. Many viewers in the world know that Fox News, Sky News and even the BBC do not tell them the truth. Therefore, they turn to networks such as Press TV.
http://tinyurl.com/5×93op

Can’t get much clearer than that.

I dont recall Galloway standing down

Hi Andrew
Apologies for not responding sooner - While they were opposed to Labour then they were the Enemy. Now they have changed their minds and support Labour they are not. QED?

Actually Oli (I don’t know the others) has always been a very hard working Councillor, good trade unionist and has got a sense of humour. He was badly beaten up by “unknown” thugs and his home attacked at the time they split with Galloway.

He will be an asset to the Party. I expect the other respect councillors will “come home” to Labour in the near future.

I can just about tolerate those three John, but that's the limit.

What's left of Respect is an Islamist rump in the control of the Jamaatist IFE. But then again, the same accustations have been made of the current Labour leadership by other Labour councillors!

Okay, okay – I know what you mean. But I think if it was not for the lies and mischief from the utterly vile Mr Galloway, those very few who are now left in “diss-respect” would have remained Labour supporters (apart from the new splitters and wreakers of course). At the risk of being a totally patronising git I don’t actually think that the Bengali community have the same problems with Jamaatist extremists that some other communities have? Not to say that it is not there, but the remaining diss-respect councillors seem to me to be obsessed by traditional Tower Hamlets/Newham community politics, power and positions rather than anything else.

I also think that the accusations that the present Labour leadership is Jamaatist are just a little bit .....