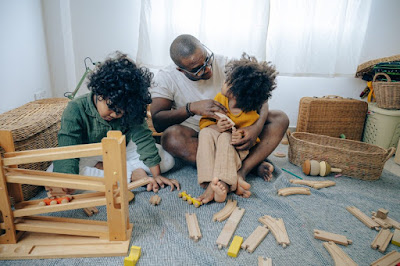 "Before I became the cabinet lead for Housing Services in May 2018, I had worked in inner City housing for over 25 years and thought rather arrogantly I had seen it all. The squalor, deprivation and human misery I have seen while out with our licensing inspection officers shocked me out of this complacency.

On one of my first visits we went into a small unlicensed 3 bedroom terrace house which had families in each bedroom, the living room and the loft. The rear garden shed was also used as accommodation but was at the time empty. The property was damp, poorly decorated, dirty carpets, broken and worn furniture with dangerous electrical and gas fittings. Each family were charged from £600 to £1,000 per month for their room. I am sure that Charles Dickens would have seen similar scenes in Victorian London.

This is despite Newham having one of the most extensive, longest running and most effective landlord licensing schemes in the country. Set up in 2013, renewed for another 5 years in 2018, the current scheme lasts until 2023. To do this we had to persuade a somewhat sceptical Government that licensing was necessary to tackle serious anti-social behaviour and housing hazards but also to protect tenants from exploitation and criminal landlords.

There are an estimated 17,000 landlords who have to register, pay a fee and comply with the terms of the license and we estimate there are at least 47,000 households renting privately licensed accommodation in Newham. Since February 2018 we have fined 247 landlords and prosecuted 38. Recently we have doubled the number of enforcement officers.

We have a huge private rental sector in Newham. In 2001 only 17% were privately rented; now it is nearly half of all homes. Prices of properties in Newham were traditionally low and this enabled private landlords to buy homes cheaply by London standards. However, between 2011 and 2018, rents increased in Newham by 56%, house prices by 89% – but salaries have only risen by 21%. Median monthly private rents in the third quarter of 2018 were above £1,400. This is one of the chief reasons that 50% of families in Newham live in poverty after their housing costs are taken into account.

There are a number of myths about local authorities and private sector rental licensing. I have been to ‘lively’ meetings with local landlords who are convinced that this is a “money making machine” for the Council and do not understand that their license fees are ring-fenced for enforcement and cannot be used to cross subsidise other council services.

We are definitely not, repeat not, “anti-landlord”, but we are anti exploitative and criminal landlords. There are many conscientious landlords who want to work with us to drive up standards. Many landlords will privately admit that bad landlords who fail to maintain their properties drive out their tenants who live nearby.

Some residents and tenants are frustrated that we are not always able to take the immediate and direct action to tackle anti-social behaviour and disrepair that they want to see enacted. To prosecute bad landlords we need to obtain sufficient evidence of criminality (“beyond reasonable doubt” standard) which is needed to satisfy the courts. It can sometimes be a slow and complex process.

To be clear, licensing is a success story, but is far from being a panacea for all housing ills in Newham. For example, we cannot license rent levels for affordability. We have a long wish list of improvements, including ending the incredible exemption that local authorities and the National Asylum Service enjoy from being licensed (and that includes our own council). We need the government to keep to its promise to get rid of section 21 (no fault evictions) but also the abolition of immigration checks on rental agreements and no recourse to public funds.

The Covid-19 pandemic has made all of us in housing stop and think about what we can do protect our community. Despite staff working from home they have managed to prevent many illegal evictions and stop people being thrown onto the streets.

Targeting our inspections and enforcement on dealing with damp, disrepair, overcrowding, unlawful HMOs, poor energy efficiency and fuel poverty would seem an obvious initial response to Covid-19. To be frank, we are also worried that when/if the Government allows housing courts to fully operate again then there could be a huge increase in evictions (legal and illegal).

Licensing and our Homeless prevention and assistance service will be working together to manage this. We will not hesitate to prosecute anyone who criminally evicts or harasses tenants. We will also, if appropriate, refer them also to planning enforcement, council tax fraud and HMRC.

Future plans include: completing the setting up of new Empty Homes and Energy Efficiency teams; a communications campaign planned over the summer to increase awareness of rights and responsibilities for tenants as well as legal requirements for landlords; creating post(s) within the service to support PRS tenants and advise landlords.

We are stepping up not only enforcement but also our advice and support. Hopefully, when a future Cabinet lead goes out on inspections they will find a different story." John Gray

Dear Troll, thanks for the obsessive monitoring, but which part of the words "no trolls please" don't you understand? :-)

Blair and even Ken Livingstone encouraged BTL, as it allowed people on benefits to access private housing, rather people waiting on council waiting lists. It was a great policy on paper, but it created demand and as more people played the system, to get free house without having to work for it.

On my streets most of my neighbours were middle class professionals. Over the years, many sold up and were subsequently bought up by landlords. The quality of tenants went down and that bought associated problems.

One of the homes were bought up Local Space (Newham Council), at residents meetings, the neighbours were complaining tenants on housing benefits. I assumed they were being snobs, but once day, had personal encounter and was threatened by Local Space tenants. Why buy up housing on my street and put such people?

I bet this aggressive thuggish woman, has got a nice home in one of those tower blocks by the Olympic park. No one told the residents, the property was bought by Newham Council. There should have been a sign put up. Every single property, next to the that Local Space property sold up and is today are owned by private landlords. (The current Local Space tenant is fine. Single mother with three kids).

Newham Council did the damage and it destroyed one of the few decent places in the Borough.

In my mind, Newham Council did that deliberately for political gain. Why not buy an ex-council property?

Newham Council, also failed to make the Borough a desirable place to live. If a house comes up for sale, then why is it being bought by up landlords? Why were n't owner occupiers choosing to live?

I did n't see Canary Wharf workers rushing in to buy homes in Newham.

Any evidence that Ken "encouraged BTL"? None that I am aware.

Another myth is "free housing" if you don't work. If you don't work you cannot rent in Newham since housing benefit is usually a maximum 70-80% of market rent (gone up since Covid-19 but who knows for how long).

I think you will find that working class homeowners used to live next to you. They have moved out and replaced by BTL.

True they are/were snobs. I have been threatened by people who happen to be home owners. Does not mean that all home owners are thugs.

In my street (where I have lived for 31 years) it was nearly all PRS but now owner occupiers have started buying again.

Yet another myth. Local Space is an independent Housing association (Charity) not part of Newham Council.

Ken did encourage BTL, when he was Mayor of London. Around 2001, at one the Russell group universities in Central London. I needed to use toilets. I walked into an exhibition event for landlords. I had a quick look around, tempted by the freebies from Barclays bank. I know it was naughty. They were offering financing to landlords. I remember some councils (not Newham), some association association and so on... Looking back, I can see what was going on, they were hoovering up properties from private landlords and encouraging the sector to grow.

> Yet another myth. Local Space is an independent Housing association (Charity) not part of Newham Council.


This is what it says on their About Us page.

"Local Space was created in 2006 by a partnership between the London Borough of Newham and a group of housing professionals. We currently own 2660 homes (as of June 2020), mainly in the east end of London the majority of which give homeless people a place to live."

I recall Newham Councillors being on the board.


You should read the comments on Google. Only 1.5 stars.

The gifting of 450 properties from Newham to Local Space enabled it to raise £200 million to buy and improve more than 1000 homes across East London within two years of establishment; the majority of these are in Newham. Local Space now owns over 1800 homes, mainly in the east end of London, many managed in partnership with Newham, to provide affordable homes.