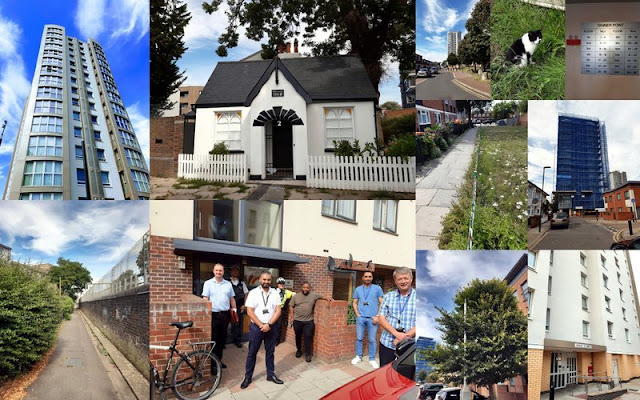 There has been a number of problems in this area including the senseless murder last year of a local teenager.

Due to action by local residents, Police and ward Councillors, crime and disorder is still a top issue but has been reduced but lack of effective CCTV, environmental crime (especially fly tipping) and noise nuisance are still key issues.

A report of agreed actions will be drawn up (and sent to all of us on the walkabout and anyone with an appropriate local interest).

It was good to be "out and about" after so long on lockdown (my colleague Cllr Mohammed has already undertaken 2 other visits).

All Council estates should now be regularly inspected - High rise tower blocks every 3 months and low rise ever 6 months. Local Councillors and residents should also be invited to join these walkabouts.

As a Council we all want to put "people at the heart of everything we do".