“Why Labour must adopt the full IHRA definition of anti-Semitism” 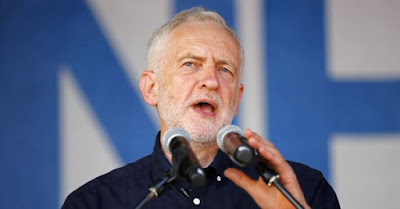 I agree with UNISON General Secretary, Dave Prentis, in this article published yesterday in the NewStatesman where he calls for the Labour Party to adopt the "full IHRA definition of anti-Semitism including all the examples"

As an experienced trade union rep who has been defending members accused of breaching discipline procedures and codes of conduct for many years I cannot see a problem with the “examples”. As an elected lay member of the UNISON National Labour Link committee, I voted with colleagues to support the definition and include the examples.

I understand that many members do not have confidence in the internal Labour Party discipline process but that is a very different (but still important) issue.  This lack of confidence is being tackled by the NEC and the new General Secretary, Jennie Formby.

Time for us to move on and unite around attacking the Tories and not giving our enemies sticks to beat us with.

"The language of priorities is the religion of socialism”. Seventy years on from the establishment of our NHS, those words resonate just as loudly today as when the great Nye Bevan first said them.

Public services are in crisis. Our NHS faces year-round crises, not just a winter crisis. Local government has been cut to the bone and beyond, with the mismanaged mess of Northamptonshire Council emblematic of austerity’s logical end point.

Police staff, care workers and teaching assistants are under incredible pressure – continually forced to do more with less. Global challenges abound such as climate change, conflict, the refugee crisis and the rise of far-right populism.

Meanwhile, our departure from the EU looms on the horizon, just over six-months away. Yet this bungling government still can’t guarantee your rights at work or the security of your pension. Whether medicines will still be available in our hospitals, or whether food will be available in supermarkets.

Truly, 2018 feels like a year for strict prioritisation of the national to-do list. And yet what is it that fixates the Labour Party? It is – somewhat remarkably – an attempt to rewrite a widely-used, internationally accepted definition of anti-Semitism.

Two years ago I was warning that “a small but significant minority engage in misogyny and anti-Semitism” in the pages of a national newspaper. It’s hard to argue that subsequent events, regardless of their intention, have lessened those concerns. Either in the Jewish community or the country at large.

This issue is already costing Labour votes, as I saw for myself when campaigning in Barnet this year. But worse than that, it's harming Labour's historically close relationship with the Jewish community. And it's costing us the moral high ground from which to oppose all forms of racial hatred and oppression.

Racism is a deep scar on our nation’s soul. Many would like to pretend that it’s in decline, but that’s not the case. Whether whipped up online by often anonymous trolls or marching through our streets, buoyed by the success of Trump and the alt-right, the racists are on the march. Those of us on the left need to meet them head on wherever they appear, but we also need to be beyond reproach when it comes to tackling race hate in all forms.

Instead, when Boris Johnson shed his court jester act this week to engage in flagrant Islamophobic bigotry, too many of his supporters were able to wave away criticism of the former foreign secretary by saying “what about anti-Semitism in the Labour Party?”.

For Labour supporters – the overwhelming majority of whom are lifelong anti-racist campaigners – that response, even when used as a deflection tactic, should be a cause for genuine sorrow. As John McDonnell has said: “how have we got ourselves in this situation?”

Yet it isn’t too late for the party to chart a different course and begin repairing that damage as Jeremy Corbyn is clearly attempting to do. Anti-Semitism in Labour didn’t start under Jeremy, but I am confident that under his leadership it can be dealt with once and for all.

UNISON’s position on this is clear. Our National Executive Council earlier this year spoke with one voice against all forms of racism and, explicitly, anti-Semitism. We have committed ourselves to oppose it in all its forms - all of the smears and tropes that come with it – within our union, our movement, our party and in wider society. Our Labour Link committee, made up of Labour members and activists from across our union, has adopted the full International Holocaust Remembrance Alliance (IHRA) definition, with examples, and supported calls for Labour to do the same.

Of course, in this debate, there is always an elephant in the room – the oft-repeated assertion that you can’t criticise Israel without being accused of anti-Semitism. I hear it a lot, but I’m not buying it.

I’m not buying it as someone who has repeatedly called out the murder of Palestinian civilians by the Israeli army – including the shooting of unarmed civilians earlier this year. I’m not buying it, because it’s not true. If you’re not capable of criticising Israel without being anti-Semitic, then you’re an anti-Semite – and we should make no special exceptions for you.

The truth is, this should never have become such a divisive issue, an unnecessary schism in a party that on so many issues is genuinely united.

A Labour Party that has so much to prioritise must always make winning the next election our number one goal. It’s the only party which can be trusted to stand up for the many yearning for change against the few who profit from poverty and decline.

Right now, adopting the full IHRA definition of anti-Semitism including all the examples, removing those guilty of racism from our party and putting the issue of Labour and anti-Semitism to bed as quickly as possible is critical to doing so".

Dave Prentis is the general secretary of UNISON
Posted by John Gray at Saturday, August 11, 2018