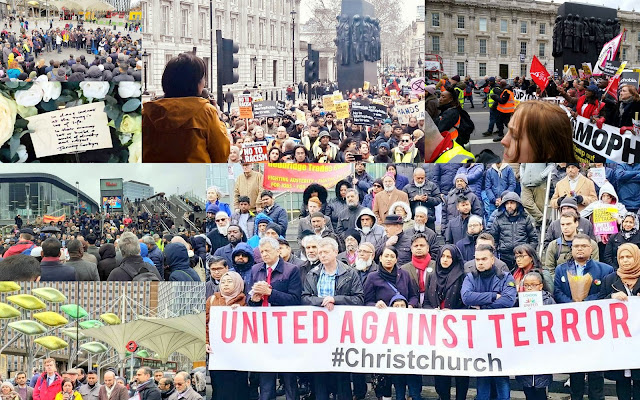 Yesterday, following the fascist massacre of Muslim worshippers in Christchurch, New Zealand, the Newham Labour Movement family and friends, came together at a vigil outside Stratford Station. All of us were "United Against Terror".

Newham Mayor, Rokhsana Fiaz, Stephen Timms MP, Councillors and religious leaders spoke passionately against the foul vile haters, who have murdered innocents in Christchurch, Pittsburg, Manchester and so many other places.

Afterwards, many of us went with the Mayor to join the "Stand up to Racism" march in Central London which ended up at a rally in Whitehall.

My own personal views were echoed by many of the speakers at the vigil and the rally.
We were doing at least 3 important things that day.


Let us build a movement based on our common humanity.