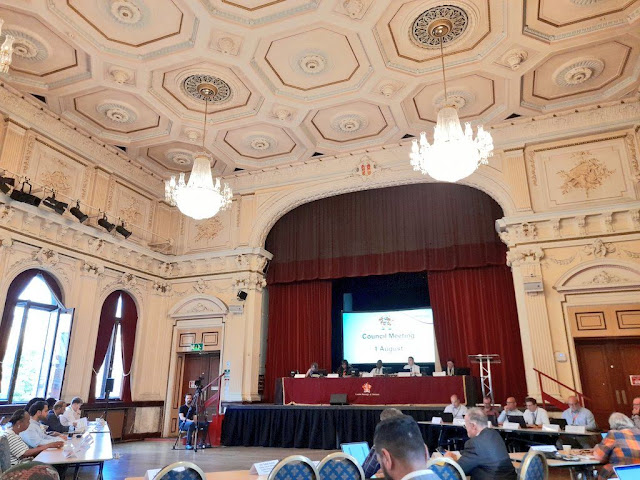 At @NewhamLondon Full Council meeting. This meeting replaces the one cancelled due to extreme heat a fortnight ago. There was a fascinating presentation by Sir David King, former Government’s Chief Scientific Advisor on the climate change emergency followed by a Q&A. Some facts about the importance of Blue Whale defecation that I admit that I was not aware of previously but will now never forget.

A rather long meeting. Standing orders were extended to extend the meeting for 30 minutes. Some confusing motions and amendments on the MSG Sphere planning proposal. It was agreed to defer.