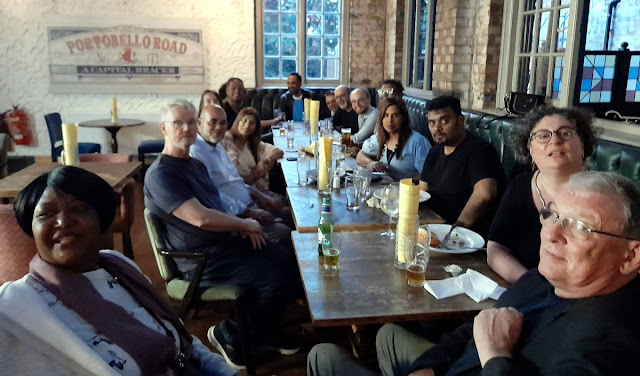 Picture from an informal social of West Ham CLP members that I happened to have in my phone's contact list. Apologies for those I missed out on the invitation. Let me know for next time.

There was about 25 members who came and went. As you would expect for August, I had a number of apologies from members on their holidays.

We will meet up next month (and Labour Party conference?) in a restaurant or for a BBQ?

I think that apart from it being so nice to meet socially, everyone is aware that there could be a general election announced in the next couple of weeks (unlikely but probably sooner rather than later).

West Ham CLP use to be able to send scores and scores of experienced teams of canvassers to London and other Labour Party marginals during past General Elections. We have to win the next General Election, whenever it happens and we need to mobilise and organise our activists to get out there and campaign for a Labour victory.