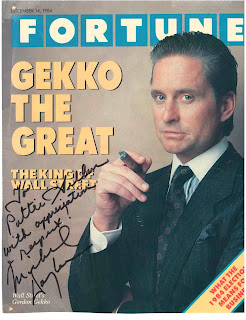 I think it does but twice now in recent weeks I have been in different meetings where Pension trustees (assets owners) have been urged to adopt responsible investment policies but I have been left wondering how seriously the financial services industry (as a whole) takes this issue? Or is this all just lip service?

Socially responsible investment (SRI) is not just about ethnical or green investment. Rather it is the belief that in the long term if you invest in companies that are well governedand act in a responsible way (i.e. no child labour, doesn’t destroy the environment, treat its workers well, doesn’t bribe public officials etc) then they will produce superior returns than companies who do not.
Nearly all large fund managers would claim to invest in a socially responsible way (and of course they would say this wouldn’t they!) yet many do little or nothing about it? Do they really just see RSI as a marketing tool to take in gullible pension trustees when privately they either think it makes no difference or even harms investment returns?
When you challenge them about this they blame us the pension trustees for not being interested in SRI and not making it a priority. Which if true would be a fair comment. But surely the reason why pension trustees don’t appear to be interested in RSI is that many of our professional investment advisors do not tell us that this is a key issue?
They may talk at length (rightly) about asset allocation and (wrongly) about the relative merits of particular fund managers and the latest “star performers” but little or nothing about SRI.
Trustees are very dependent upon professional advisers. Probably too dependent but that is another question. Yet until the professional advisers start making a real issue out of SRI and hammer home the benefits then you must assume that they don’t really believe it makes any difference to investment returns. So if they don’t think SRI matters then don’t be too surprised if the trustees don’t either.
Posted by John Gray at Sunday, May 06, 2012

Hmm, I think SRI really matters. As you said, it is not just about ethical or green investment, but also about achieving a long-term goal in a responsible manner. For me, morals count too in determining a company or firm's success, and I see it as the right path to go.

Agreed Sabrina but who defines "morals"?