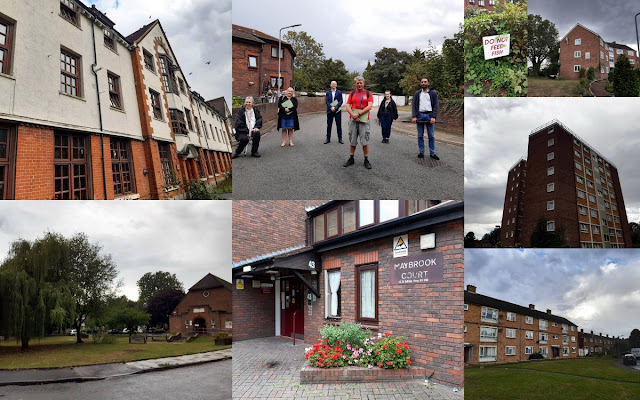 This afternoon my colleague Cllr Mohammed and I took part in an inspection with residents and officers in our estate in Aldersbrook, Redbridge. I understand that this area used to be part of Newham (East Ham) but after boundary changes it was transferred to Redbridge. However, the properties still belong to Newham Council.

Some of the properties date back to 1908 and were originally built as a maternity hospital/children's home now converted to flats.

The estate is highly sought after but there are still significant problems with ASB, parking, fly tipping and it also needs some housing TLC with regard to communal repairs and redecoration of communal areas. An action plan is being drawn up and this will be followed up with further walkabouts during which we will invite local ward Councillors and Police.

I received some really nice comments from the local residents about the housing staff present, including our new Housing Director, Darren Levy (in main picture 3rd from left).  My apologies for looking casual but I had cycled there.