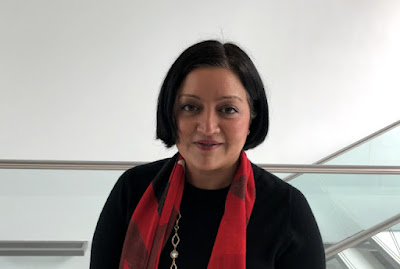 Rokhsana confirmed her wish for a borough wide referendum on the future of the directly elected Mayoral model to be held next 6 May 2021. This is in accordance with her manifesto pledge.

Why on earth some people spent time and money on what everyone knew to be an illegal petition is beyond me?

The Mayor of Newham would like a referendum on the borough’s local government model to be held on 6 May next year and says it can take place on that date if approved by a meeting of the full council next month.

Rokshana Fiaz pledged in her 2018 election manifesto that such a referendum – which could result in the abolition of the office she currently holds – would be held “by 2021”. She confirmed to On London during an interview yesterday morning that there is no legal reason preventing it from taking place on 6 May 2021, which is the earliest on which any form of election or referendum is allowed to be held under special pandemic legislation.

Fiaz expressed her preference for that date on the same day as the council made known that it had deemed invalid a petition raised by a group called Newham Peoples’ Petition aimed at triggering a governance referendum under national electoral law.

Those involved with the launch of petition group last October included Labour member Tahir Mirza, who chairs the East Ham constituency Labour Party. The campaigners, believed to include Labour critics of the Labour Mayor, said they were acting because they feared the referendum would not take place in time for the next council elections in 2022.

A public notice issued by the council yesterday stated that, as the petition is dated 18 September 2020, it falls foul of the new rules about elections  and referendums, which prevent such petitions being presented between 16 March 2020 and 5 May 2021.

A briefing note to Newham councillors from the borough’s legal and governance director, seen by On London, explained that amendments made to electoral law under the Coronavirus Act 2020 mean the petition cannot be presented to the council “before 6 May 2021”.

It stressed that “the signatures on it are not invalidated and can form part of a petition presented on or after this later date” as long as all other statutory requirements are met and stated that if a new petition is presented on 6 May 2021 it can contain signatures dated from a full year before 16 March 2020 up until 5 May 2021.

However, it added that the council “must validate” within a month any such petition against “certain statutory criteria”, which would include checking names and addresses against Newham’s electoral roll. This would mean that a referendum held by the council on 6 May would have already taken place before the validation of any new petition could be completed. The leader of Croydon Council has told On London that his legal advice about a referendum petition presented in his borough is similarly that it can’t be held until after 6 May.

Local authority governance referendums must offer electors a choice between the area’s existing model and one government-approved alternative. A working party of Newham Council Labour group members is working on settling what the alternatives to the currently directly-elected Mayor system might be. Fiaz told On London that their findings will be voted on by a meeting of the Labour group set for on 14 October with the one supported expected to go forward for formal determination at the next full council meeting on 23 October.

Fiaz said that the familiar Leader and Cabinet framework – the one advocated by the Newham People’s Petition – is under consideration, along with the Committee system – another established format – along with possible hybrids of these, such as that used by Wandsworth Council. However, a novel so-called Newham Model, a mayoral system advocated by the Fiaz-initiated Democracy and Civic Participation Commission, which would build in a limit of two terms for any Mayor along with new participatory mechanisms to make Mayors more accountable, would not be different enough from the status quo to be offered as the alternative to it.

The decision about the choice put to electors and the referendum date will be made by the full council, not the Mayor. But Fiaz, who was elected Mayor on 4 May 2018, said she will argue for holding it on 6 May, partly because it would enable her to honour her manifesto pledge that a referendum would be held “before the end of my third year as Mayor”. She observed that this would also make any attempt by the petitioners to re-submit their petition “a bit of a pointless exercise”.

Another argument likely to be made in favour of 6 May is that the postponed elections for Mayor of London and the London Assembly are already scheduled for that date, as are a string of contests across England for Mayors, councils and police and crime commissioners and elections for the Scottish Parliament and Welsh Assembly. In addition, a number of London borough by-elections that have had to be put on hold because of Covid-19 rules, including one in Newham, might be held on same day as well.

An earlier version of this article mistakenly described Tahir  Mirza as a councillor. That error has been removed.

OnLondon.co.uk exists to provide fair and thorough coverage of the UK capital’s politics, development and culture. It depends greatly on donations from readers. Give £5 a month or £50 a year and you will receive the On London Extra Thursday email, which rounds up London news, views and information from a wide range of sources. Click here to donate directly or contact davehillonlondon@gmail.com for bank account details. Thanks.